What We Do With The Boundaries 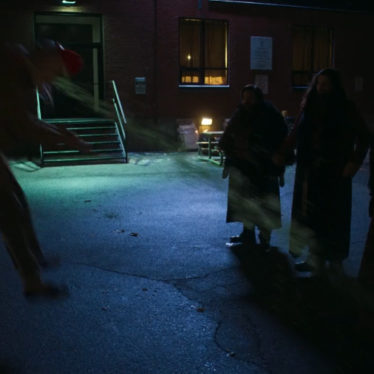 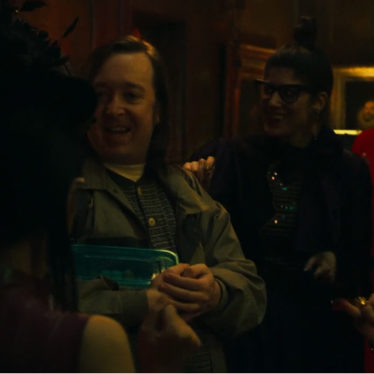 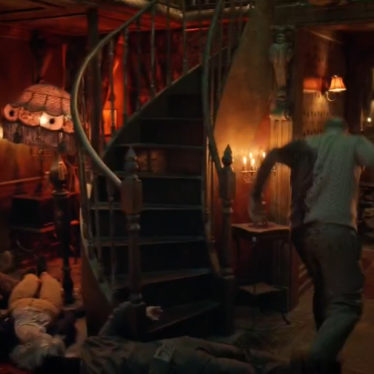 In 1982, Bulgarian-French philosopher Julia Kristeva wrote Powers of Horror, an essay on abjection. Her theory of abjection attempts to explain what gives rise to horror and disgust in human beings and the reasoning behind it. While her approach highlights the use of abjection in literature, the theory is rooted in philosophy and psychology, which makes it applicable to cultural analysis. On a fundamental level, the abject can be understood as “the human reaction (horror, vomit) to a threatened breakdown in meaning caused by the loss of the distinction between subject and object or between self and other” (Felluga). For instance, during a confrontation with a dead body, one may undergo a series of emotions ranging from disgust to fear. On a basic level, this reaction is the body’s natural rejection of the image of a corps due to evolutionary reasons (fear of disease etc.). However, psychologically, Kristeva argues that being exposed to a corpse provides a dilemma, as it is the manifestation of something that used to be alive but is not anymore. It exists on the border of life and death. It still remains there but no longer in the form that it once was. There is a breakdown in meaning, as the mind attempts to understand the reality of this. The reaction of disgust and the process of abjection is therefore a choice to not be associated with the object that represents death and therefore cements the position of the viewer firmly on the opposite side.

However, what if this this process fails? What if the establishing of boundaries between the subject and object through abjection is not definitive? What if instead of disgust and rejection, this type of imagery evokes laughter instead? This difficult task is one of the challenges presented in the genre of the horror comedy. In recent years, this genre has seen a dramatic rise in popularity with films such as Shaun of the Dead, Tucker and Dale vs. Evil and, most importantly for the purposes of this analysis, What We Do in the Shadows (WWDITS). Based on the film of the same name, show runner Jamaine Clement utilizes the mockumentary format to follow the more or less mundane struggles of four vampires, living together in contemporary Staten Island. The humorous power of the film, offers a closer look at the construction of comedy through incongruity and the subsequent subversion of abjection. In her book Horror and Humor, Noel Carroll explains, “the leading type of comic theory is what is called the incongruity theory” (152). In essence, Schopenhauer describes this as “laughter result[ing] from nothing but the suddenly perceived incongruity between a concept and the real object that had been thought through it in some relation” (91). Thus, if the process of abjection is subverted through the emergence of a different set of emotions, the establishing of boundaries is put into question.

To begin with, the choice of vampires as protagonists already destabilizes the notion of abjection, as the audience begins to empathize with these manifestations of the abject. According to Kristeva, “the abject confronts us, on the one hand, with those fragile states where man strays on the territories of animal” (12). Furthermore, “by way of abjection, primitive societies have marked out a precise area of their culture in order to remove it from the threatening world of animals or animalism, which were imagined as representatives of sex and murder” (13). However, the (in the Freudian sense) uncanny depiction of vampires subverts this distinction between the animalistic and the cultured, as well as the distinction between living and dead. Throughout the series, the murderous and sexually liberated nature of the vampires is highlighted through segments which focus on the vampires need to kill in order to quell their hunger and their frequent display of sexual behavior. Episode 9 of the first season combines the two aspects which Kristeva identifies as territories of the animal, as the characters organize an orgy, which includes the sacrifice of a virgin. WWDITS further adds to this destabilizing figure by juxtaposing the animalistic behavior with the humanity of its main characters as well as their ability to transform regular humans into vampires through the exchange of blood. The handheld camera that is used throughout the show places the audience member as a silent participant in the middle of the action and the “talking head” segments, in which the characters are looking directly into the camera further immerses the viewer through interaction. In Beyond Empathy: Compassion and the Realities of Others, Matthias Schlossenberger explores the way in which the technical codes of mockumentary filmmaking allow for a greater degree of identification and empathy in regards to its subjects. Through the documentary format, which is linked to perceptions of reality and authenticity, imaginative resistance, meaning “the conscious or unconscious refusal to identify with a fictitious character” can be overcome (778). Thus, the subsequent identification with the vampires, as manifestations of the abject destabilizes notions of establishing boundaries through abjection.

A further indicator that What We Do in the Shadows (WWDITS) subverts abjection is through its subversion of food loathing. According to Kristeva, “food loathing is perhaps the most elementary and most archaic form of abjection”. In her famous example regarding her reaction towards the skin on the surface of milk, Kristeva goes into excruciating detail when describing the almost violent rejection and expulsion of the food that is not an “other” for her. As she describes the physical manifestations of food loathing, she emphasizes the “spasms and vomiting that protect [her]” and the “repugnance, the retching that thrusts me to the side and turns me away from defilement, sewage, and muck” (2). As such, the sensation of rejection as a biological function of self-preservation acts as protection form the consumption of possibly harmful substances.  Literary scholar Vivian Nun Halloran suggests that “the physical experience of the abject can be enjoyed as the kind of sensual pleasure or jouissance that comes from feeling taken care of, safe” (29). The way in which WWDITS subverts these expectations of food loathing and the jouissance of the resulting safety is by highlighting the vampires’ rejection of regular human food. In episode 6 of the first season, the character Baron Afanas insists on trying pizza for the first time. Despite the protests of the other vampires, the Baron takes a bite before vomiting with such force that it propels him of the ground (WWDITS – S01E06 14:59-15:02). This exaggerated reaction towards a harmless food item, falls in line with incongruity theory as the result is not proportionate to the cause (Hutcheson 32). The overexaggerated reaction also puts into question whether Kristeva’s own reaction towards the skin on milk might be over the top. Instead of disgust, this extreme depiction evokes laughter and the jouissance doesn’t result from a feeling of safety but from the incongruity of the extreme reaction to the harmless food item. Thus, through the depiction of food loathing in WWDITS, the expectation of abjection towards potentially harmful substances is subverted.

Finally, WWDINTS’ depiction of dead bodies subverts the abject perception of corpses as “the border [, which] has become object” (Kristeva 4). According to Julia Kristeva, “as in true theater, without makeup or masks, refuse and corpses show […] what [is] permanently thrust aside in order to live (3). However, the bodily fluids, which Kristeva identifies as abject, serve as nourishment for the vampires of WWDITS and corpses are the unfortunate byproduct. In episode 10 of the show, the floor of the house is littered with corpses, however instead of recognizing the abject nature of the corpse as threat to the perception of self, the characters’ (vampires’ as well as human familiars’) interaction frames them as nothing more than rubbish that needs to be taken outside. The humorous exchange, which concerns the responsibility of “taking out the trash” (WWDITS – S01E10 12:05) can be attributed to what Caroll refers to as “conflict of interpretation”, in which the people’s perception of corpses as signifiers of threat clashes with the vampires’ perception. In both cases, corpses can be seen as symptoms for a “lack of cleanliness or health” (Kristeva 4). However, the degree in which they cause abjection is drastically reduced. While it can be argued that this clash of perception results from the abject nature of vampires, the sterilizing effect of their perception as it is presented through the mockumentary format also seems to take spill over to the audience through empathy and humor. As such, WWDITS impressively demonstrates how the perception of the most fundamentally abject objects can be shifted through clever use of format and framing.

In conclusion, as the preceding paragraphs have demonstrated, the power of media allows for the reinterpretation and shifting perception of potentially threatening and fundamentally abject imagery. Objects, which may be universally recognized for their abject nature can be depicted in a way that they evoke laughter instead of horror and disgust, if they are presented in a humorous context. The mockumentary format allows for an increased degree of empathy and identification, which further highlights both the positive and negative potential of media to manipulate audience perception and sympathy. Thus, What We Do in The Shadows illustrates that the establishing of boundaries based on the process of abjection can be subverted and manipulated through art.

Schloßberger, Matthias. “Beyond Empathy: Compassion and the Reality of Others.” Topoi (2019): 1-8.