«Crisis and Communitas» is a platform for the transcultural exchange of academic and artistic research on the practice of communitarian thought.

Designed as an interactive archive, we not only publish our own articles, we also gather diverse pieces of reflection on the way contemporary societies could manage to implement a form of an open “community” based on egalitarian relations (see Communitas). This can be an artistic experimentation on such a form of open community as well as for academic reflection on it – however, we want to think the arts, academia and the political together as a field of discursive movement (see InterArt).

We think it is important to connect and exchange ideas of how we could creatively transform what is nowadays often called a time of crisis (see Crisis), working towards the abolition of inequalities and respect for diversity. Therefore we understand the interactive project «Crisis and Communitas» as open and would like to invite students, artists and academics to participate and contribute their own inputs and ideas, whether on the pages of the platform itself or as artistic-political intervention (see Contact).

The focus of the SNSF research project (2018-2022) is on Performative concepts of community in Polish culture since the beginning of the 20th century. Since in the 20th century, social and historical moments of crisis led to conceptualisations of communitarian values – also in Poland – the communist project (its theoretical development, its historical realisation and later overcoming) frames the conceptual outlines. But the research project looks at communism beyond «big politics». It explores Polish art practices and culture as the setting where political ideas, critical utopia and social reality intermingle and where communitas takes conceptual shape.

The project attends to four distinct phases of crisis in the Polish cultural history. In 1905, the crisis of capitalist-imperial rule led to the first, yet unsuccessful proletarian revolution. After 1956, the communist project was redesigned, also in a context of decolonisation and transnational solidarity. The repressions against Poles of Jewish decent around 1968 however destroyed the idea of a visionary, egalitarian socialism. After 1989, finally, communism had to yield to a neoliberal system.

During these historical processes, visions of a fairer society and international community arose beyond official state politics. These forms of communitas developed in the cultural practice of theatre, literature, film and fine arts; they appeared in political protests, subcultural practices and social movements. The research project investigates into the interplay of the processes of crisis and the staging of a different community by analysing concrete historical and artistic material.

The project inscribes itself in political anthropology by exploring cultural discourses and their intersectional and transnational intertwinings. Thereby, sociological as well as concepts of cultural and art studies are connected with postcolonial research for the building and mediation of decentralised knowledge.

Interartive – a plattform for contemporary art and thought

Birkbeck Research in Aesthetics of Kinship and Community 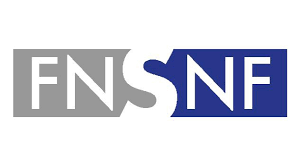