We dance together, we fight together 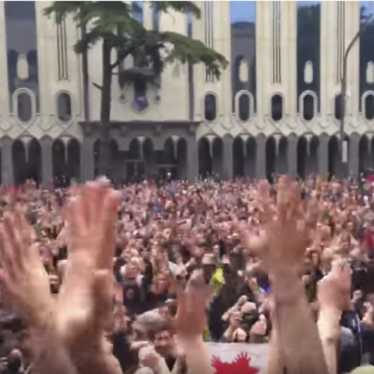 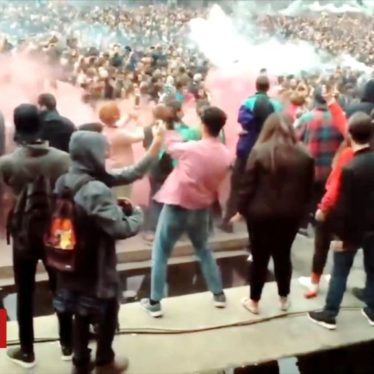 On the weekend of 12 Mai 2018, the square in front of the Georgian Parliament in Tbilisi became the biggest rave the city has ever seen. The unauthorized rave was a protest against the brutal police attacks on the city’s two most famous nightclubs, Bassiani and Café Gallery. On Saturday morning the police stormed the club, arresting Bassiani’s co-founders Tato Getia and Zviad Gelbakhiani, and detaining dozens of clubbers.

The two raids were allegedly carried out because the government had blamed the club Bassiani for five drug-related deaths in recent weeks, even though none of them had occurred in the club itself.

But the Georgian youth has shown that the right to dance and be free cannot be taken away so easily. A demonstration with over 10’000 people spontaneously formed in front of the parliament of Tbilisi – in the form of a rave. For hours the enthusiastic crowd moved to techno sounds – united under the slogans: «We Dance Together, We Fight Together» and «Dance for Freedom». These slogans brought together the Georgian youth to fight for their all-inclusive and safe club spaces.

The club Bassiani has an official capacity of 700 people, though on a typical Friday night as many as 1,000 people make their way through the passageways underneath a soccer stadium until they arrive at its drained Soviet-era Olympic-sized swimming pool. Like no other place in Georgia, the club stands for the freedom of a whole generation of young Georgians. The techno scene in Tbilisi is integral for the local creative community. Art, fashion and music are closely intertwined; clubs, here, are the nurturing ground for collaboration and experimentation. For the young generation in Georgia, the techno scene is also the hope for a more open country. Techno is the soundtrack for social change at a club that has elevated partying to a political statement against a deeply rooted conservatism that dominates life above ground. In the club Bassiani, not only politics is discussed, also protest actions are prepared, the date for the next demo is on admission stamps on the wrist. So in Tbilisi, dancing in clubs is a political act of resistance.