Threshold: Arts in Times of Crisis. An Online Exhibition of the Performa Biennale 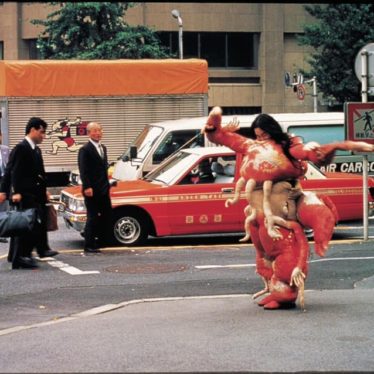 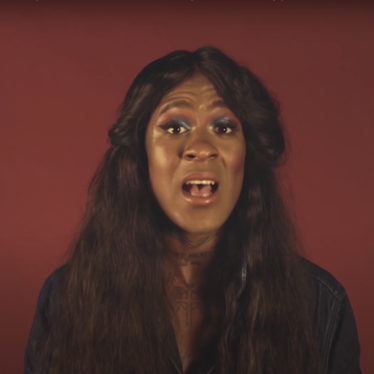 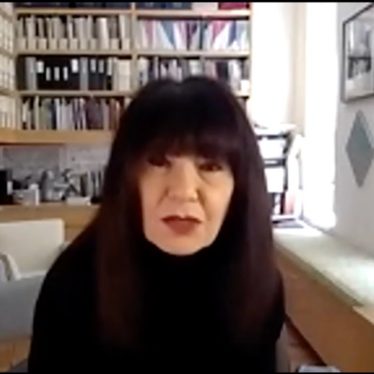 While the coronavirus still rages in the US, the Performa Biennale reacts to the current climate of crisis by devoting a free online exhibition to it. In “Threshold. Arts in Times of Crisis”, art works from the five last decades, including performance video recordings or pieces of video art, are broadcasted live 24 hours a day in a loop on the Biennale’s free access page. The works exhibited present the manifold ways in which crises, as pointers of social divide or catalyst of changes, instigate and transform artistic practice. Some artists reflect on war conflicts or political upheavals by narrating them through visual means, like William Kentridge’s frenetic drawings in Ubu tells the truth (1997), which ironically render South African state violence during the apartheid era, or Kara Walker’s uncensored re-writing of African American people’s history through shadow play in 8 Possible Beginnings Or: The Creation of African-America (2004). Others fall back on documentary strategies to make sense of real events and the worldwide spread of their images, like Rabih Mroué’s lecture on the use of camera phones during the Syrian revolution, which addresses our own spectator’s condition in the face of the everlasting conflict. Artur Żmijewski’s 77-minute film Democracies (2009), on the other hand, rejects meaningful narrative by lining up recordings of demonstrations or religious gatherings without any additional commentary. Though their ideological views radically differ from each other, these massive political bodies express themselves and affront each other through similar means. Alternating between the streets of Israeli, Polish, Austrian and French cities, the film itself provides a performative testimony of the crisis of democratic systems.

But the online exhibition also foregrounds the radicality of performance artists who engage their own bodies to intervene in times of crisis, such as Lee Bul hanging upside down in bondage while talking about her experience of abortion – a procedure that remains illegal in today’s South Korea where Bul’s Abortion was first performed in 1989. Mykki Blanco, for her part, is seen reciting the AIDS activist Zoe Leonard’s manifesto “I want a dyke for president” in the eponymous performance from 2016, in response to the electoral confrontation between Hillary Clinton and Donald Trump. In her iconic Cut Piece (1964/1965), Yoko Ono lets the audience cut her clothes with scissors while she remains silent and motionless, a performance whose mixture of formal simplicity and mute violence embodies in itself the title of the exhibition. In fact, for the artists exhibited in Threshold. Arts in Times of Crisis, to counter times of crisis first and foremost means resisting the “dramaturgy of the order” when the order tries to maintain control, as the Studio Kabako’s dancer Dorine Mokha suggests in Letters from the Congo (2020). Yet, by redefining its own role within this dramaturgy, the practice of art embraces uncertainty in testing its own thresholds and opens up moments of potentiality, the continuation of which remains unknown, just like Ono’s vulnerability evokes in Cut Piece. While the exhibition reminds us of the particular ability of performance art to bring about such liminal moments, it also addresses the spectator’s agency in times of profound upheaval and its sometimes paralyzing magnitude – and indeed, a sense of emergency emanates from the continual online broadcast.

The Performa Biennale was founded in 2004 by the curator and art historian RoseLee Goldberg. Since its creation, the biennale has tested several channels to broadcast live performance online and broaden its audience, such as YouTube or community access TV. In doing so, the biennale has anticipated the challenges posed by the pandemic of COVID-19 to cultural institutions, namely the widely discussed shift toward digitalization. Last April, at the beginning of the pandemic, hip-hop artist and author Paul D. Miller interviewed RoseLee Goldberg on this issue of particular concern to performing arts and their specific “liveness” (see video above).

Threshold: Arts in Times of Crisis

Programm of the online exhibition:

Image: Lee Bul’s public performance piece Sorry for suffering – you think I’m a puppy on a picnic? (1990) that is also exhibited in Threshold. Arts in Times of Crisis.