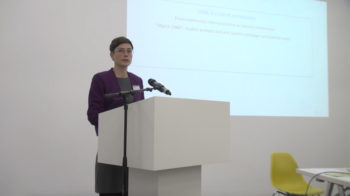 Polish writer Tadeusz Konwicki’s 1969 novel Zwierzoczłekoupiór (The Anthropos-Spectre-Beast) may be regarded as a children’s tale, but it is just as much a mapping of the social and cultural order after the events of the so-called Polish March 1968. Its escapist note reflects the isolation and despair felt by individuals in the crisis of commonality[1] […]