The Sociology of Belarusian Protest. A webinar 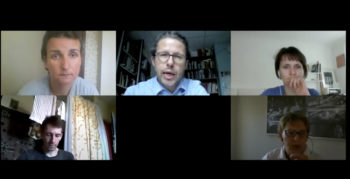 Belarusian voices are few and far between in international debates about the ongoing protests in Belarus. In this webinar, Belarusian sociologists will share their views and analysis of the current protest wave. Among other things, they discuss the role of striking workers; class, gender, and violence; patterns of mobilization and self-organization; the mobilizing effects of trauma; the impact of urban space; the legacy of previous protests; the role of protest in forging different types of communities; and the ways in which the post-industrial shift and other long-term transformations in Belarusian society have affected its political economy.