The Community of Hope – a song by PJ Harvey 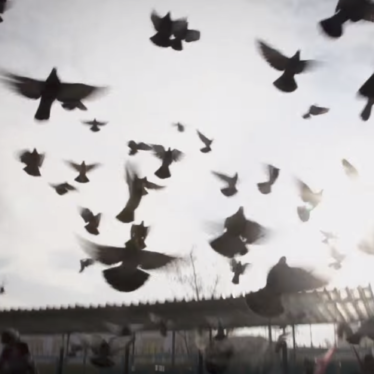 Right in the middle of it. This is where PJ Harvey’s ninth album «The Hope Six Demolition Project» begins. Right in the middle of the «Community of Hope», which is located at the Benning Road – also known as «Pathway of death» – in the quarter Ward 7. It is a place of crisis, misery and destruction, which the British musician uses as a starting point for her album «The Hope Six Demolition Project». The eleven songs deal with murder and despair, the apocalyptic and the everyday at the same time. Travels to Kosovo, Afghanistan, refugee camps and the slums of Washington D.C. inspired the songwriting. In «The Community of Hope» she focuses on the dark sides of life in the American capital. In «Dollar Dollar», voices of begging children can be heard in the background, which are also sung about in the lyrics. And with its stomping rhythm, the song «Ministry of Social Affaires» is reminiscent of old worker songs.

The songs are eyewitness accounts from crisis regions; PJ Harvey visited various locations, not only on the periphery of war regions, but also in the epicenter of the power of the United States. She recorded her observations in short lyrics. The content is cynical and at the same time highly political, the lyrics are accompanied by a dramatic and sometimes ironic musical scenery. The title of the album is also political: «The Hope Six Demolition Project» is named after a plan by the US Department of Housing and Urban Development to revive social housing projects.

PJ Harvey recorded the songs as part of an exhibition called «Recording in Progress» at London’s Somerset House. The gallery visitors were able to observe PJ Harvey and her band as well as the producers Flood and John Parish at work for 45 minutes each. PJ Harvey not only exhibited themselves, but also the production conditions of their music.

By the way, the album project was preceded by work on the poetry and photo book «The Hollow Hand» (2015) with pictures by the war photographer Seamus Murphy, who also shot all the videos for the songs of “The Hope Six Demolition Project”.