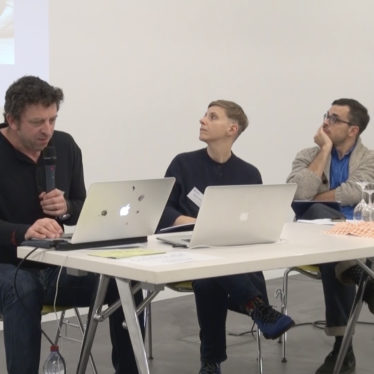 A key feature of neoliberal culture has been its systematic inhibition of the emergence, survival and empowerment of ‘potent collectivities’ on any scale: from socially functional neighbourhoods to national political movements to transnational networks of solidarity. Democracy itself might be described as the potentiation of complex collectivities; and the directly anti-democratic, anti-social nature of neoliberalism had produced a widespread crisis of social and democratic institutions. This explains a good deal of the ‘populist’, nativist backlash occurring in many places around the world, as citizens seek some way of aggregating their interests and their agency that will not be immediately neutralised and dispersed by the dislocatory logics of individualisation, globalisation and financialisation.

At the same time, capitalism always requires the partial potentiation of collectivities (from the factory floor to the social network) in order to generate products, services, relations and affects that are capable of profitable commodification, and so cannot help but generates powerful apparatuses with at least the potential to become genuine sites of collective creativity, social invention and political mobilisation: thus the paradoxical role of social media platforms in the early twenty-first century, as both powerful tools for democratic organisation and machines for the production and surveillance of compulsive narcissism and privatised distress.

An urgent question that emerges in this context is: what forms of meaningful solidarity can be produced in this context, on any imaginable scale, that might enable the democratic empowerment of human collectives, the subversion of ‘surveillance capitalism’, and effective resistance to mass exploitation and ecological destruction? In particular, a question worth considering here is what role aesthetic thought and aesthetic practice might play in the production of relations, experiences and affects of solidarity? What is solidarity, and how is it different from the aggregation of identities or the unification of instrumental interests? How can any form of cultural or expressive practice contribute to the investigation or partial resolution of these questions?

Jeremy Gilbert is a professor of cultural and political theory at the University of East London. His most recent book is «Common Ground: Democracy and Collectivity in an Age of Individualism». He is currently working on three books: «Twenty-First-Century Socialism» (Politiy 2002), «Hegemony Now: Power in the Twenty-First Century» (Verso 2021, co-authored with Alex Williams) and «The Last Days of Neoliberalism: Politics, Culture and Society Since 2008» (Pluto 2021).