The Marvelous Births of Jean-Luc Nancy 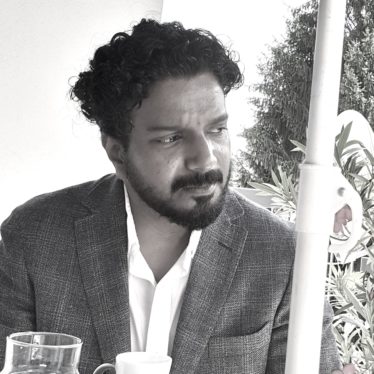 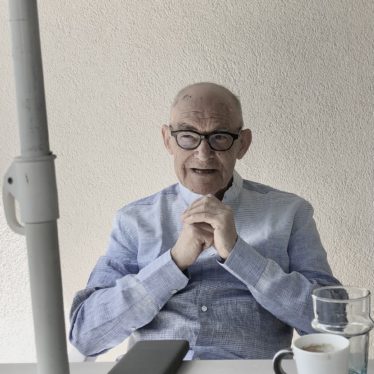 Happy birthday to you my dearest Jean-Luc!

I do not know the name of my relation to you as it evades capture while its births never cease to surprise me. Friend, yes, because it is a word, like “being”, that is able to gather nearly every relationship and occasion. In the beginning I was a student introduced to you by Gérard Bensussan. I wrote to you about “algorithms” and Plato’s “Parmeneides” over email when there were “dial up modems” to connect to the internet. You wrote to me immediately promising to write a longer email once you had taken care of the student evaluations.

Whenever we met, including in a circumstance that was challenging for me, you were extremely aware of what I was going through because I can feel you feel me. And, with the lightest of touches you set everything right. Every time you are overwhelming and I miss you, as I do now.

But this is a publication. Here I would like to think about, and indicate, a certain question provoked and inaugurated by your work—another relation to technology. Let me recall here a day in Strasbourg and the conversations we have had about the Cathedral, within the Cathedral. We atheists, together, waiting patiently for the doors of the Cathedral to open under bright sunlight. We walked in with great excitement and found that the vaults and ribs had caught darkness to show us just their edges. Everything comes in view against the obscure screen.

Wittgenstein had said about the grandeur of the churches of Paul which betrayed the huts of the gospels, “There all men are equal and God himself is a man; in Paul there is already something like a hierarchy; honours and official positions”. But we were not concerned with the hierarchies, the ceremonies, and rituals which we did observe carefully. While ceremonies observe, with a precision tolerant to the changes of epochs, the specialized representational form which often seeks to enclose the crisis of representation, the machines, which too are ceremonial in their own ways, might seem incapable of tolerance. However, this is not quite the case with machines, especially the great mechanical computational clockwork of the Strasbourg cathedral which has been in the making since the 14th century. It was re-worked, repaired, and took additions throughout the ages. That is, it is not a machine made intolerant of time due to the now common proclivity of man to discard the machines which are suffering the forces of time.

While we waited, as the tourists marveled at the great windows, we talked about nihilism—“there is no nihilism here, the contrary!” The clockwork represents time including the hours of the day, seasons, eclipses, Biblical drama, and nature. It was the computational marvel of its epoch and for that reason even today its precision is astonishing. We marvel before the clockwork in the same way we are surprised by the plant Mirabilis which blooms at four o’ clock marking the hour. This astonishment is the pressure and pleasure of birth; that is, the fact that something new took birth at a particular time can never cease to amaze us in spite of our growing so familiar with it.

We talked about the machines of the ancients, of medieval Europe, the automata of Albertus Magnus, and the epoch of machines which were not merely the means but also marvels which had to be tended to in accordance with time. That is, there was an epoch of machines which were sharing in the mystery of the world as opposed to the epoch which mechanically subsumes all mysteries to mere functional efficiencies for which we the marvelers are today a matter.

One of the features of our crisis is the complex of relations we have to the machines. The mechanical computer of the cathedral shows us what we cannot see— for example, the eclipses of the next century—which are of significance to us. The clockwork plays out in parallel to nature, or parallel to the movement of the heavens, with its own mechanical movements which do not at all resemble nature, and yet at varying speeds captures the regularities of nature for us, ahead of nature. These are the games of reason, understood as the relations between variable regularities and determinate irregularities. It does not forbid us from doing what we must out of our concerns with signification itself: we who are the forsaken of any terminals of significances. The significance of what is shown is not obscure to us although significance itself is. Here the technologists of today, for whom everything is computable and the computable is being, are erring calamitously. There in the cathedral I also understood that you move between the two epochs of machines for the sake of a third one; one of the first philosophers to adopt the computer and your house filled with machines and wires and connectors, you are thinking of a third epoch of machines. But this third epoch must observe something you uncovered: duratio noumenon and thus the mystery of birth, or the obscure experience of birth “which never stops coming”.

This thought, “Nothing will have preexisted birth”, is the disorienting birth of a thought which you carefully explored in each of its possible expressions. These explorations—especially in the books A Finite Thinking, Sense of the World, and Birth to Presence—made one feel as if you were “seeing” something which was folded away in other dimensions which were then projected back into words with precision and then like a magician you would unfold, the same way a tesseract is opened into three dimensions, the mysterious birth of being—“To be born is the name of being”.

Let me now unfold this thought in another way. For those who are passionate about ‘explaining everything away’ (which is more an exhausted passion today except amongst the technologists) the exploding relations of sense (which each thing is) are comprehended according to one of the components of that thing. This miscomprehending closes off the experience of the very explosions of sense. You did not stop at the exposure of the logical impossibility of such an act and instead exposed philosophy to the duratio noumenon—that which is beyond the modal categories—out of which explosions are born, which is never a component of that which is born.

In that sense you freed philosophy from the burdens of the meanings of being to think absolute necessity. That is, by “existence” we designate “the imminence of existence” which is a thought beyond anticipations and predictions because “each instant exposes us to its necessity”. This necessity that there is birth, the absolute imminence of birth, is that against which we mark our anticipations, disappointments, and surprises in our world while we often forget that the marvel we have before each and everything is nothing other than the marvel before the absolute imminence.

I marvel at the births of Jean-Luc Nancy.