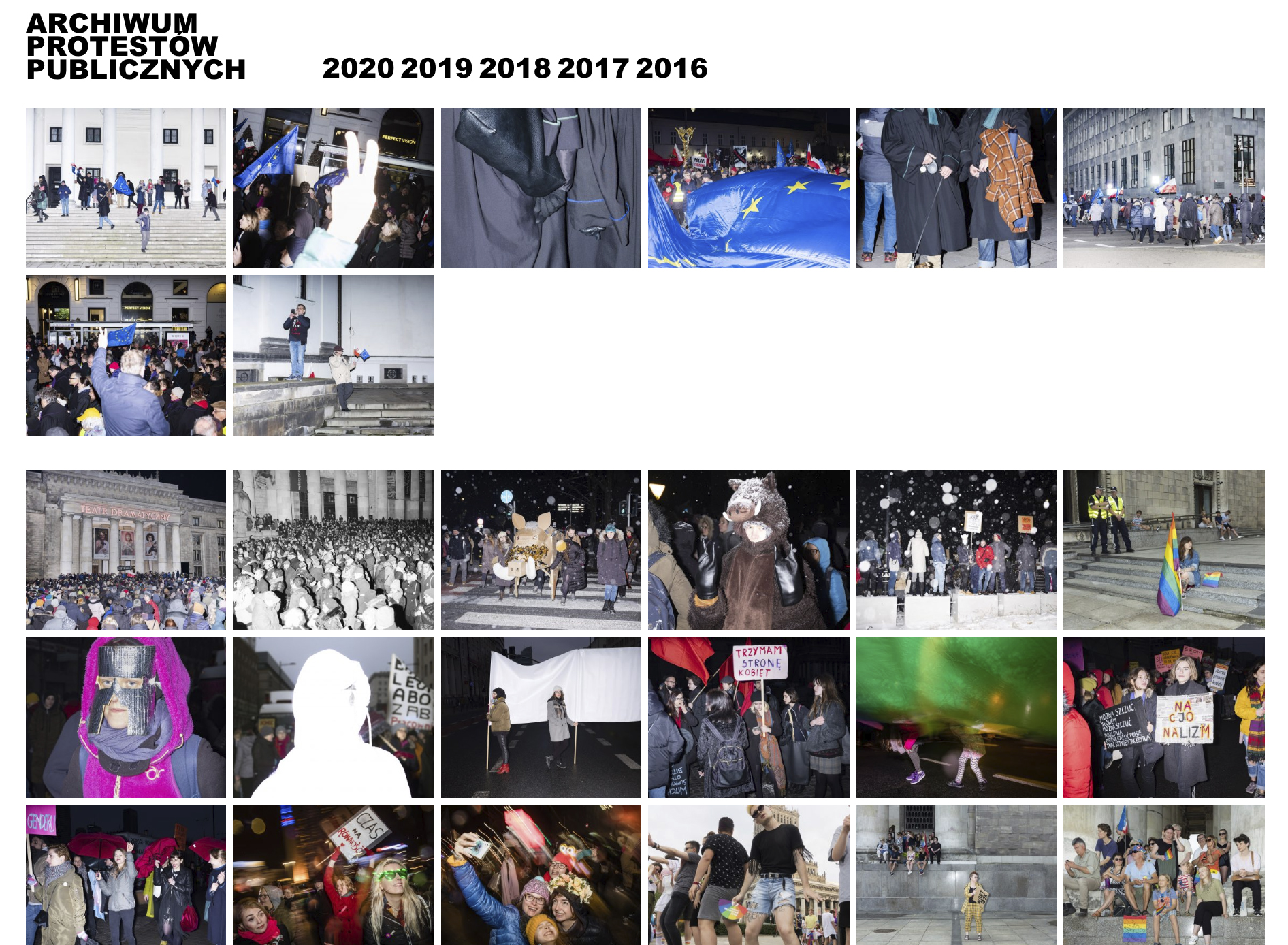 At the beginning of 2020, the Polish initiative «Archive of Public Protests» (Archiwum Protestów Publicznych) went online. The platform offers photographs of protests and gatherings in mainly Warsaw streets, beginning in 2016 with the Black Protest for women‘s rights and the Committee for the Defense of Democracy (KOD) protests.

However, as photographers Agata Kubis and Paweł Starzec remark, the legislative session of the national-conservative and fundamental party Law and Justice (PiS) brought public protests only to a more mainstream consciousness and urged self-declared non-political citizens to take action. However, protests and demonstrations have a longer history and ongoing urgency in postcommunist Poland, just to mention the yearly «Manifa» demonstration on International Women‘s Day or the LGBT Pride «Marches of Equality» (Parady równości).

After logging in, the archive also offers photographic insight into right-wing and conservative marches.