Krysztof Warlikowski – We Are Leaving (Wyjeżdżamy) – Webinar “Theatre and Communitas” on May 27, 4-6 pm 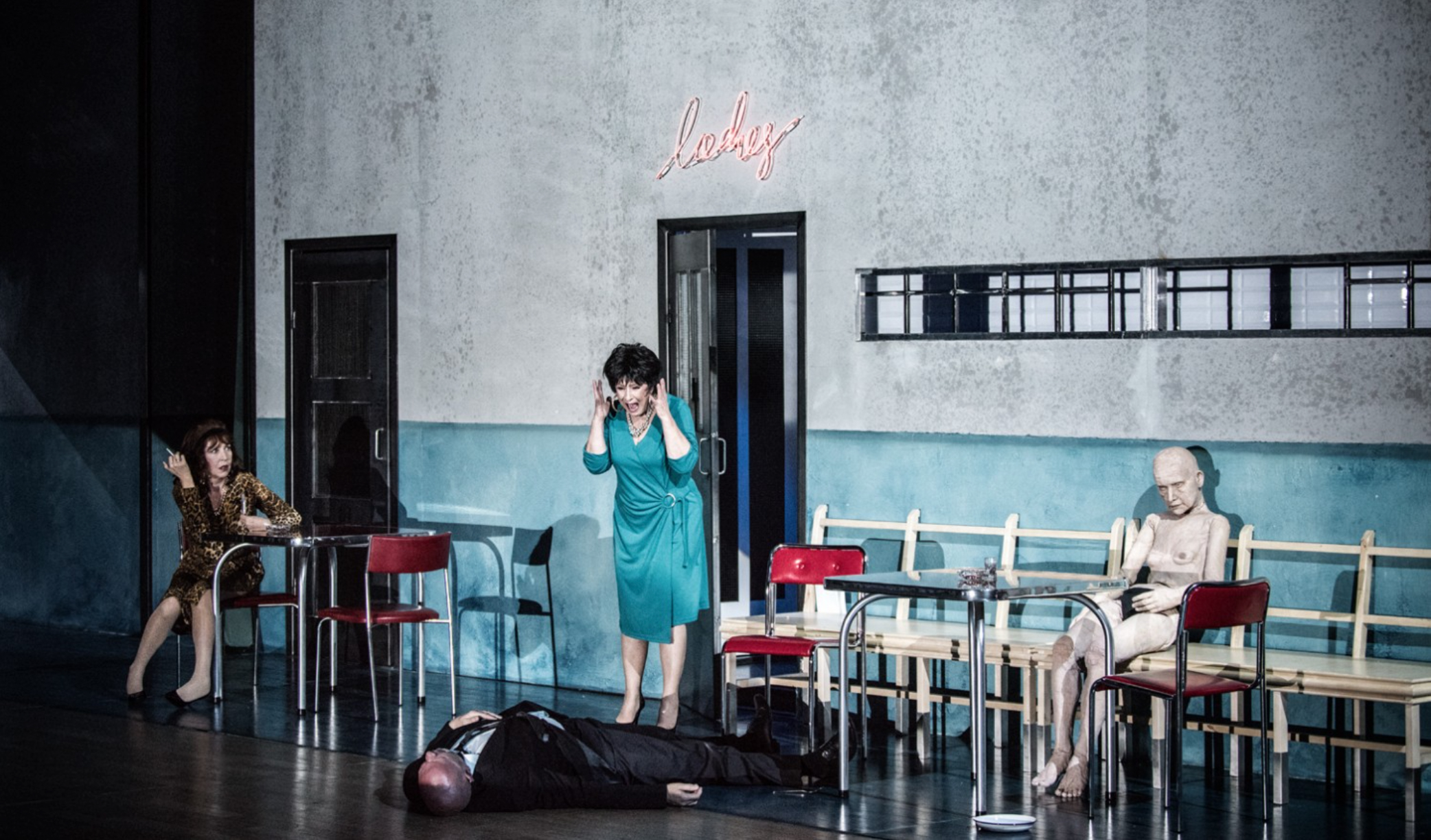 We are leaving, but where? When? – The characters in Hanoch Levin’s play are incapable of answering these questions. Their purpose in life is to leave their pathetic and absurd existence in a provincial town and run away to the big world that must be out there somewhere. In the meantime, they attend each other’s funerals, hoping that they will not meet the same fate. In most cases they do.

Krzysztof Warlikowski said that with this play he wanted to re-establish contact with the Polish audience, which he felt he lost when The French, his production based on Proust, was not understood.  Though Warlikowski avoids direct political statements, We are leaving was his first premiere after the conservative counterrevolution transformed intellectual and political life in Poland. This new climate made it harder to talk about issues that had always appeared in his theater, like homosexuality or memory of the Holocaust and its repression.

The play resonated with the discussions that emerged in Polish artistic and intellectual circles about the dream of fleeing to a better world that is close yet somehow too far. Warlikowski ironically asks if it might be better to try to change the world around us than to dream of one that doesn’t exist—a political question in Poland with existential implications elsewhere.

Yet does indicating the hopelessness of escaping a world we don’t accept provide the motivation to change it? Is despair a good starting point for a new community? We will discuss these and other questions with Piotr Gruszczyński, dramaturge of the play.

Please register by a week before the meeting by sending an e-mail to info@crisisandcommunitas.com. After registration, you will receive access to the zoom meetings and to the materials for discussion.
The webinar is organised by the SNFS research-project «Crisis and Communitas».