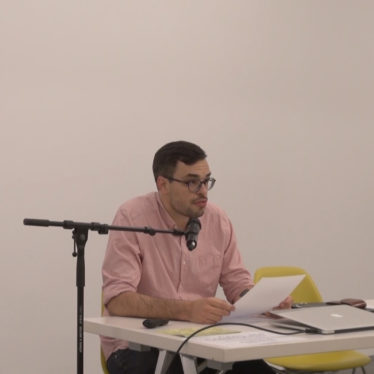 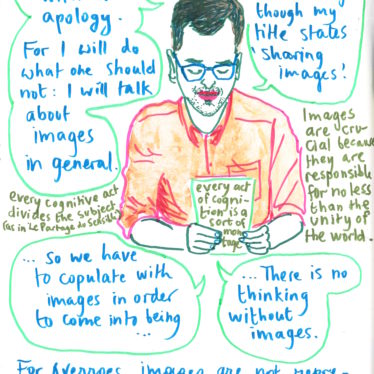 Against the backdrop of the ongoing debate, spread across various traditions and disciplines, around the concept of the Commons, Paweł Mościcki proposes his reading of the two possible areas where this concept could be fruitfully used. In order to do it, he has to refer to the old, and somewhat forgotten philosophical discussions around common intellect, a notion promoted by Averroes, then strongly criticized by Thomas of Aquinas and systematically obliterated by Christian tradition throughout the centuries. In fact, this thought tended to reappear time and again in various forms and places creating a sort of hidden tradition within modern philosophy. In recent years, the authors such as Emanuele Coccia or Jean-Baptiste Brenet (and to some extent Giorgio Agamben) have been trying to reclaim the actuality of Averroes for the contemporary thought.

The crucial element of the rehabilitation of the traditionally ridiculed idea of the common intellect was the concept of the image, which rearranged completely the understanding, the stake and usefulness of Averroes’ arguments. In effect, the image as a transitory object between the singular and the common could also be understood as a tool for the redefinition of the concept of time. If we share images as those special elements that connect us to each other and with each other, then perhaps by the same token we are able to share time within and through images. As art theory and anthropology of images show us, what is at stake in images is always the idea of temporality. In this case, those two experiences – of sharing time and sharing images – could also bring something new to the table when it comes to discussing the idea of the Commons.

The lecture «Sharing Image, Sharing Time» by Paweł Mościcki took place on 15 November 2019 at the symposium «Crisis and Communitas» in Migros Museum für Gegenwartskunst, Zurich. With an Introduction by Sandra Biberstein.

Paweł Mościcki is a philosopher, essaist, translator and professor at the Institute of Literary Research in Warsaw (Polish Academy of Science). He is the editor of the online academic journal «View. Theories and Practices of Visual Culture» (pismowidok.org). He is also the author of the following books: Politics of Theater. Essays on Engaging Art (2008), Godard. Arcades Project (2010), The Idea of Potentiality. The Possibility of Philosophy According to Giorgio Agamben (2013), We Also Have Our Past. Guy Debord and History as a Battlefield (2015). Photo-constellations. On Marek Piasecki (2016), Snapshots from the Tradition of the Oppressed (2017), Chaplin. The Prevision of the Present (2017), Lessons of Football (2019). In 2016, he created an online Refugee Atlas (refugeeatlas.com) inspired by Aby Warburg’s Bilderatlas Mnemosyne.