Affective Community. Towards a Performative Theory of Historical Agency. A lecture by Dorota Sajewska 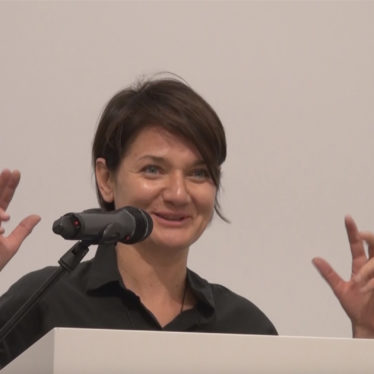 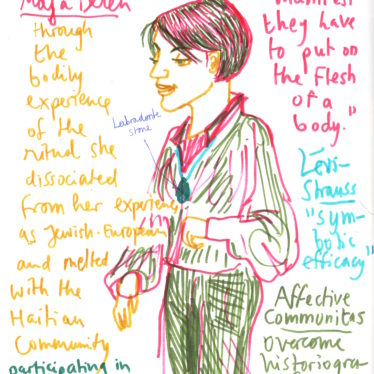 The impact of symbols in communal practices, developed by Claude Levi-Strauss in the concept of “symbolic efficacy”, influenced several disciplines, inter alia the anthropology of performance (Victor Turner) and performance studies (Richard Schechner). Emphasizing that rituals not only communicate religious ideas but are “taken by those performing them to be ‘doing something’” (Roy A. Rappaport), performance theory recognizes efficacy as a fundamental feature of the ritual, shifting the focus from the analysis of symbols to the analysis of the process. From this perspective, the performativity based on efficacy of the ritual is responsible for supporting cultural memory and generating a sense of community. The focus on creating a certain effect on reality through symbolic actions allows us to interpret the ritual as a performance, and at the same time as an embodied form of memory, based on the repetition of cultural patterns, convictions, beliefs and behaviors. Performance studies have turned this recognition into a kind of methodological tool, allowing for comparative research of various cultures, but at the same time eliminating their historical conditions.

By using the word performance in reference to collective actions, Dorota Sajewska is less interested in the ritual as an embodied and repetitive form of cultural memory, and more in the historical and political impact of the ritual. In order to develop a new meaning of the political in performance, she is focusing on the “affective community” that brings the historical remnants into action and is not limited to living humans. In her lecture she critically discuss the efficacy as a very Western concept of the performativity by exploring the famous vodou ceremony of Bois Caïiman as a catalyst for the slave revolt 1791, and thus for the Haitian Revolution. Referring to the Haitian oral tradition, the history recorded by Black intellectuals (C.L.R. James, Aimé Cesaire) as well as to Susan Buck-Morss project of universal history, she argues that the vodou ritual was a factor consolidating – on an ideological and affective level – the ethnically and linguistically diverse black community of Haiti. Treating vodou as a powerful force active throughout the history of Haiti, Dorota Sajewska proposes to talk about its impact on the Haitian Revolution not in terms of efficacy, but rather agency. While efficacy points to the influence of the cultural memory recorded in the ritual, requiring constant confirmation in action in order to stabilize and legitimize the cultural status quo, agency emphasizes the ability to influence the development of historical events and the changes in the political order. Highlighting this aspect of empowering the affective community in the context of the political change is particularly important in relation to dominated groups, subalterns, as it allows for the reconstruction of their misjudged, unrecognized and often repressed historical agency.

The lecture «Affective Community. Towards a Performative Theory of Historical Agency» by Dorota Sajewska took place on 15 November 2019 at the symposium «Crisis and Communitas» in Migros Museum für Gegenwartskunst, Zurich. ©www.crisisandcommunitas.com