The LGBT+ Community in Poland: A Letter of Solidarity and Protest 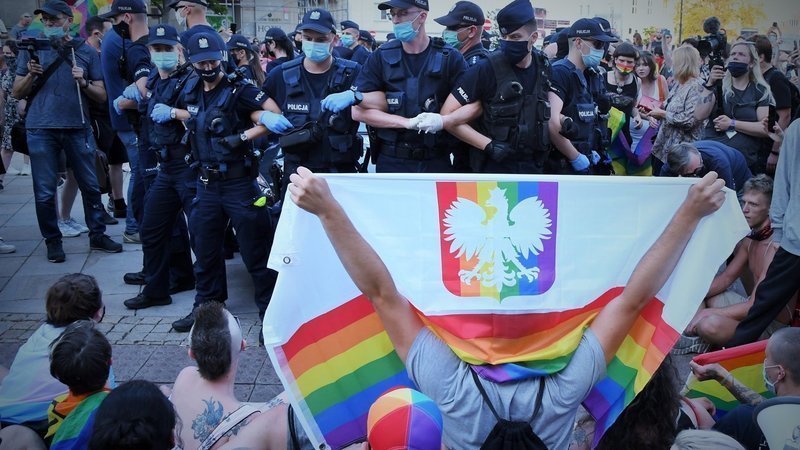 On Friday, 7 August 2020, 48 persons were arrested in Warsaw – in some cases quite brutally – and detained on the grounds that they had participated in a violent illegal gathering. In fact, they were engaged in a peaceful protest in solidarity with an LGBT+ activist named Margot, who had been arrested for damaging a homophobic campaigner’s van. Her group had also placed rainbow flags over statues, including a statue of Christ. These actions were neither “hooliganism” nor “provocations,” as Poland’s government-run media insist, but rather desperate acts of resistance against degrading homophobic hate speech. The van is one of many similar vehicles parading outrageous claims around the cities of Poland: equating homosexuality with pedophilia, and asserting that gays are the source of diseases and a threat to children. Efforts to stop this well-funded hate campaign by legal means had led to nothing.

The broader context is the persistent use of anti-LGBT+ rhetoric by Polish politicians and media, attacks against “LGBT ideology” in the recent presidential campaign, preceded by the emergence in many municipalities and districts of “zones free of LGBT ideology,” allegedly defending the safety of families and children, and last year’s violent attacks against Equality March in Białystok. Homophobic aggression in Poland is growing because it is condoned by the ruling party, which has chosen sexual minorities as a scapegoat with no regard for the safety and well-being of citizens. Margot is, in fact, a political prisoner, held captive for her refusal to accept indignity.

To stop targeting sexual minorities, to stop supporting organizations that spread homophobia and to hold accountable those who are responsible for unlawful and violent arrests of August 7, 2020, you can sign the following letter of solidarity and protest: