The Avant-Garde of Destitution. A lecture by Mikkel Bolt Rasmussen 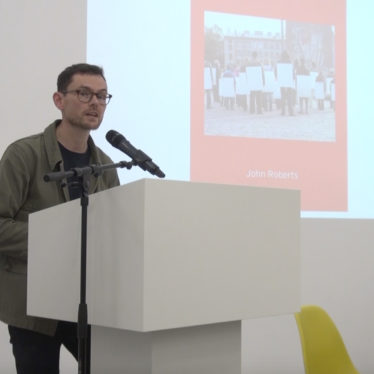 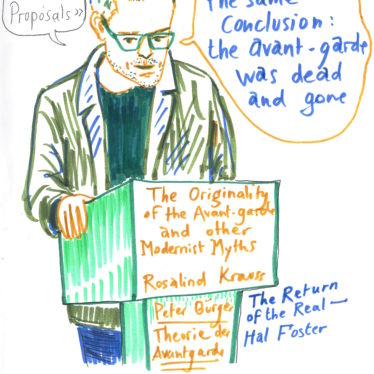 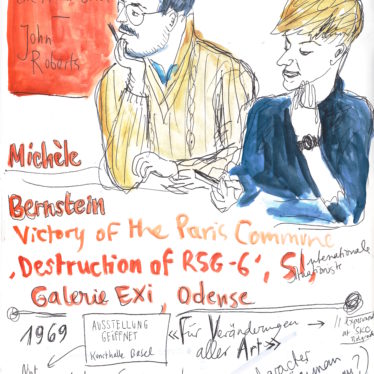 Within art historical scholarship it is customary to argue that the avant-garde disappeared with World War Two or at the latest in the 1960’s. As Rosalind Krauss writes in her influential essay “The Originality of the Avant-Garde”: “The historical period that the avant-garde shared with modernism is over.” Mikkel Bolt Rasmussen argues in his lecture that the avant-garde did indeed disappear as an artistic/anti-artistic gesture connected to the institution of art but that is continued elsewhere outside the institution of art as a creative capital-negating gesture that unites revolutionary discipline and the ecstatic intoxication of the revolt. This would be an avant-garde that is an avant-garde as not. An avant-garde that turns its back on the future and strives to ‘exit’, refusing to realize the potential, refusing to give form to a community.

The lecture «The Avant-Garde of Destitution» by Mikkel Bolt Rasmussen took place on 14 November 2019 at the symposium «Crisis and Communitas».

Mikkel Bolt Rasmussen is an art historian and theorists working on the politics and history of the avant-garde. He is an author of seven books in Danish, five in English – Crisis to Insurrection: Notes on the ongoing collapse (Minor Compositions, 2014), Playmates and Playboys at a Higher Level: J.V. Martin and the Situationist International (Sternberg, 2015), Hegel after Occupy (Sternberg Press, 2018), After the Great Refusal: Essays on Contemporary Art, Its Contradictions and Difficulties (Zero Books, 2018, translated into French by José Chatroussat and published by L’Harmattan, 2019) and Trump’s Counter-Revolution (Zero Books, 2018, translated into French by Philippe Blouin and published by Éditions Divergences, 2019, and translated into Italian by Marcello Tarí and published by AgenziaX) – and a long list of articles about the revolutionary tradition and modern art in journals such as Multitudes, New Formations, Oxford Art Journal, Rethinking Marxism, Texte zur Kunst, Third Text and Variations. Editor of seven books in Danish and three in English: Totalitarian Art and Modernity (ed. w. Jacob Wamberg, 2010), Expect Anything Fear Nothing: The Situationist Movement in Scandinavia and Elsewhere (ed. w. Jakob Jakobsen, 2011) and Cosmonauts of the Future: Texts from the Situationist Movement in Scandninavia and Elsewhere (ed. w. Jakob Jakobsen). Ocassional cultural producer, including the exhibition This World We Must Leave in Aarhus Kunstbygning in 2010 with Jakob Jakobsen, new edition Kunsthall Oslo, 2016, and the play Revolution, with Christian Lollike at Nationaltheatret in Oslo, 2017, S/H in Copenhagen 2018.